If you could somehow see authors who are no longer with us smile, you’d see James Allen (1864-1912), author of As A Man Thinketh, the turn-of-the-20th-century classic on the power of thought to direct the course of our lives, beaming from ear to ear upon hearing the song, “Reckless Dreams,” by dynamic Nashville-based singer-songwriter, Melanie Bresnan, since it coincidentally echoes to the T the message he expressed in the chapter of As A Man Thinketh titled Visions & Ideals.

Because bills need to be paid, and because our parents don’t want us to suffer, we’re understandably and prudently advised and encouraged to pursue careers that provide security, predictability and stability. In that process, though, passions and dreams can get overlooked, ignored or buried.

So it takes an individual with a healthy dose of belief, conviction, courage, desire and faith to swim against the tide and pursue his or her passion to fulfill his or her dreams.

And those who achieve their dreams often are — to quote the late great founder of Apple, Steve Jobs — the ones who actually “make a dent in the universe.”

In the words of James Allen from the first two paragraphs of the chapter titled Visions & Ideals:

And in the words of Melanie Bresnan in “Reckless Dreams”:

“Reckless Dreams” is an extraordinary song to inspire you — made all the more special by Melanie’s use of the bodhrán, which she plays with deft authority and aplomb! You’re gonna LOVE the song!

Here’s the full snippet with lyrics for you to enjoy now of Melanie performing “Reckless Dreams” with Pete Jacobs on Alive with Clive:

The video clip of the entire song without lyrics has now also been added to the Alive with Clive Channel on YouTube, and here it is for you to see now:

You’ll also find the full version of the song in Melanie’s show with Pete on Alive with Clive, in which they performed four other songs from her EP, Reckless Dreams, too, in the Archives.

In addition, there is a Blog post about Melanie Bresnan on Alive with Clive with this headline . . .

On Alive with Clive: Captivating Singer-Songwriter and Visual Artist, Melanie Bresnan, Displays Her Remarkable Talent in Songs from, and Artwork for, Her EPs, Reckless Dreams and Well Wishes! 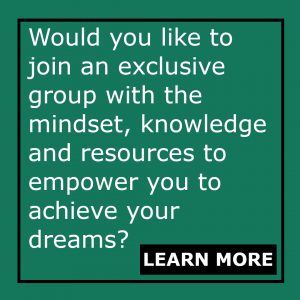 To develop the mindset and thought processes necessary to achieve your dreams, click here.

One further point to note about Melanie Bresnan: She has been releasing new songs lately, and now has six songs on the Alive with Clive Playlist on Spotify.