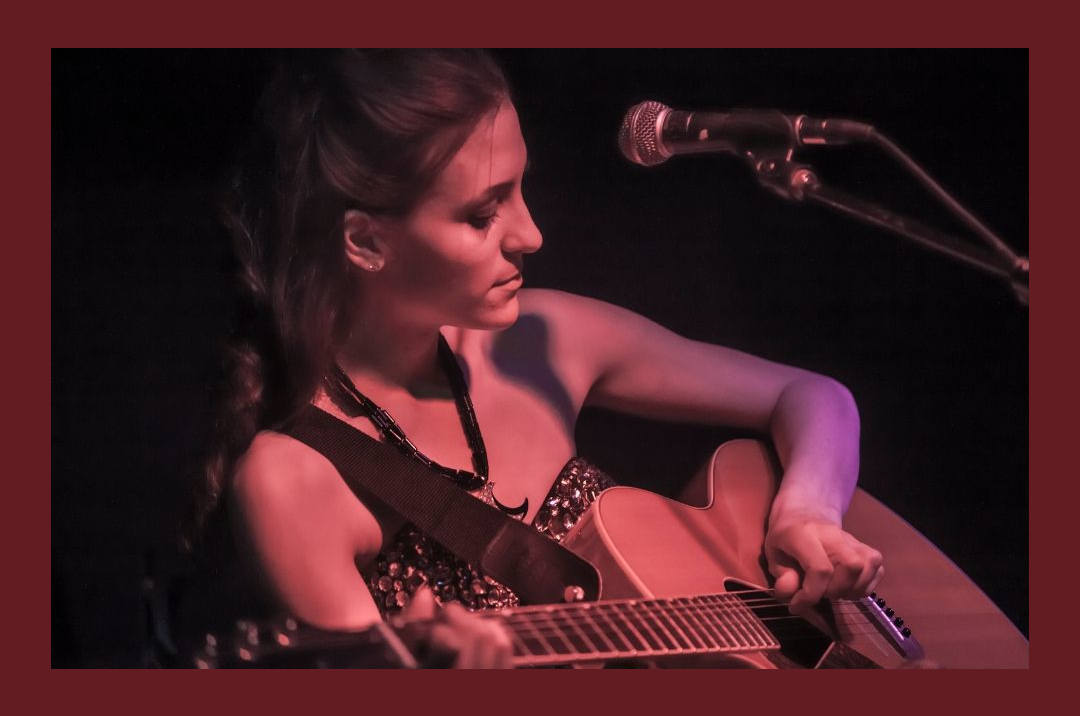 Of the hundreds of songs that have been performed on Alive with Clive since the inception of the show over a decade ago, one of the most memorable is the song, “Religion” (inspired by John Lennon’s “Imagine”), by the singer-songwriter who is today known as Dani Elise.

As you watch this clip captured when Dani was on Alive with Clive back on April 24, 2009, of her performing “Religion,” it will quickly become apparent to you that she is a singer-songwriter with the courage to dream big dreams, the desire to inspire millions, and a yearning to see her dreams fulfilled.

Here is a clip on YouTube of “Passion,” another song Dani performed during that same show:

As noted on her Bandcamp page:

“Breaking all the rules, . . . [s]he plays with dark and light, the sexy and the spiritual. But always with heart.

“DANI, a voice with a powerful message and one of passion transcendence that rises to unveil a legacy of love and light.”

As a distant observer of her life over the past decade, I’ve seen that she has overcome one challenge after another out of her commitment to her dream.

She also recently created a marvelous songwriting course to enable songwriters to find their true authentic voice through the art of song.

When you click on this screenshot from Facebook, you’ll be taken to the Web page about this course: 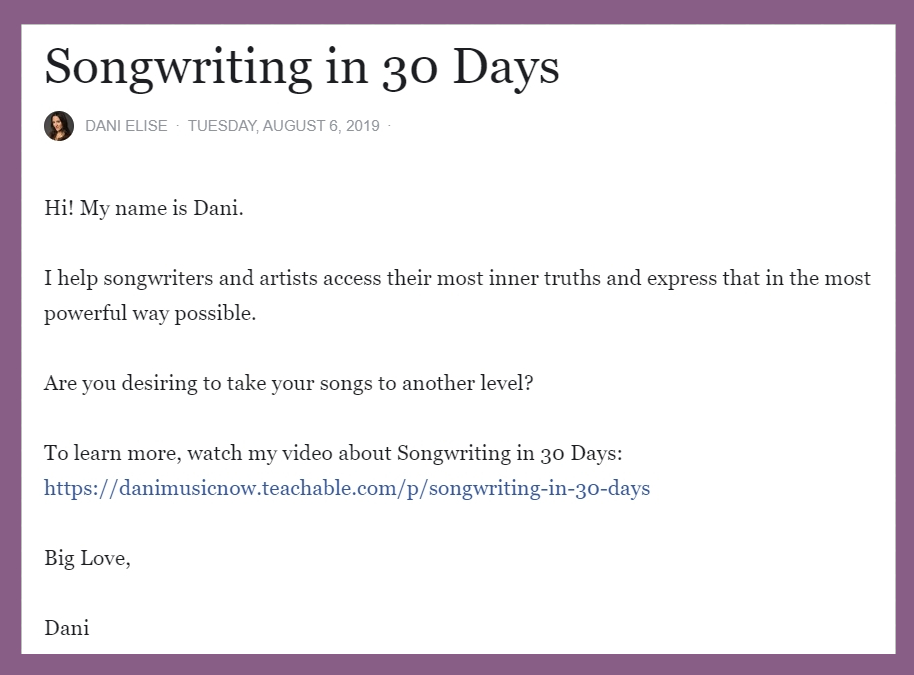 Now, in the face of yet another daunting challenge and unexpected mishaps — in the spirit of the following quote from Viktor E. Frankl — she remains unstoppable!

“Just as a small fire is extinguished by the storm whereas a large fire is enhanced by it – likewise a weak faith is weakened by predicament and catastrophes whereas a strong faith is strengthened by them.”

In the chapter, Visions & Ideals, in his famous turn-of-the-century classic, As A Man Thinketh, James Allen wrote:

“The dreamers are the saviors of the world. As the visible world is sustained by the invisible, so men, through all their trials and sins and sordid vocations, are nourished by the beautiful visions of their solitary dreamers. Humanity cannot forget it’s dreamers; it cannot let their ideals fade and die; it lives in them; it knows them as the realities which it shall one day see and know.

“Composer, sculptor, painter, poet, profit, sage — these are the makers of the afterworld, the architects of heaven. The world is beautiful because they have lived; without them, laboring humanity would perish.” 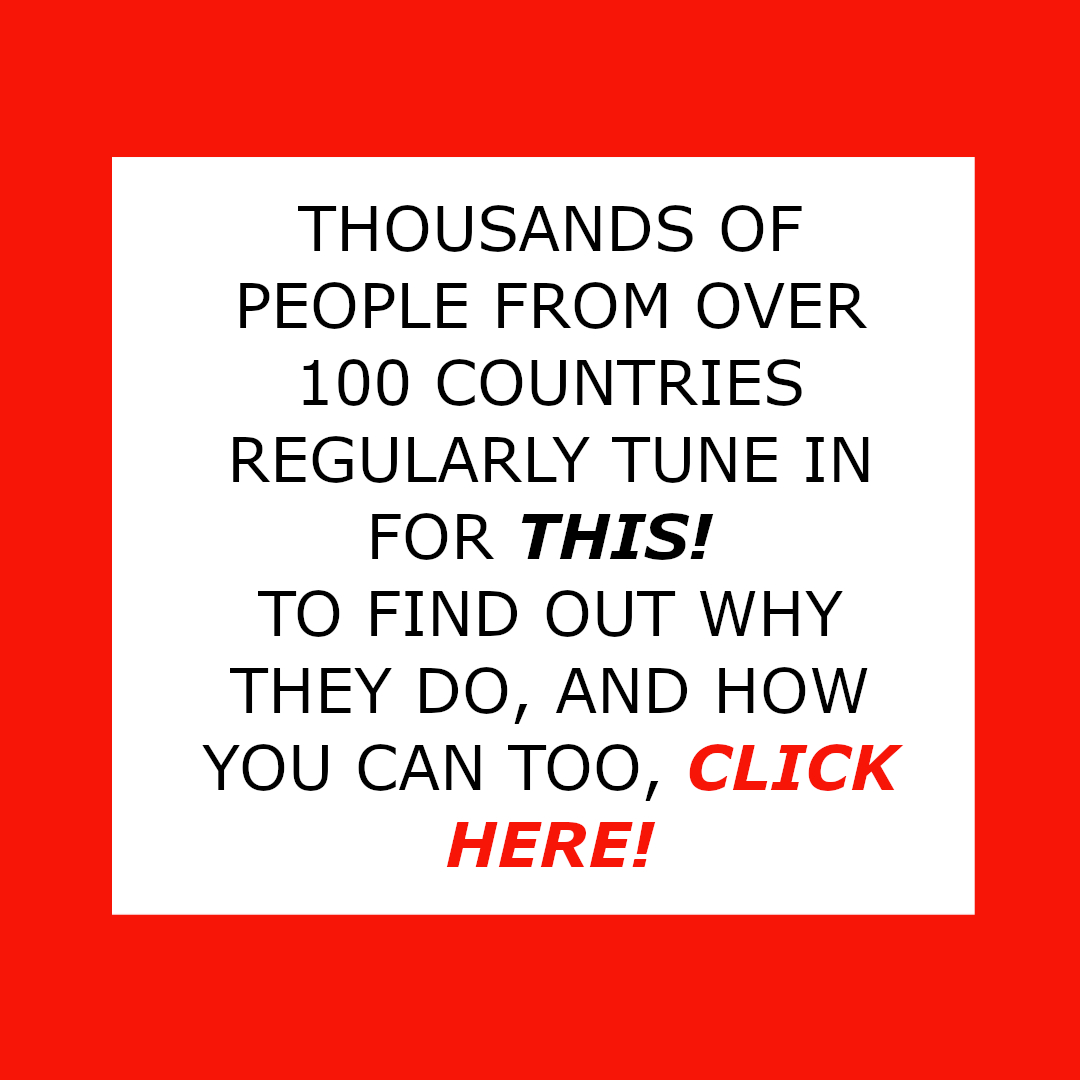 Just as we need gardens with blossoming flowers to brighten our world, we need to be inspired and have our lives enriched by singer-songwriters like Dani.

Right now you’re invited to give her the boost she is seeking to maintain her momentum on the path to the realization of her full self-expression.

Please click here to read about the challenge she is facing now, and support her if you can.

Your generosity will be greatly appreciated! 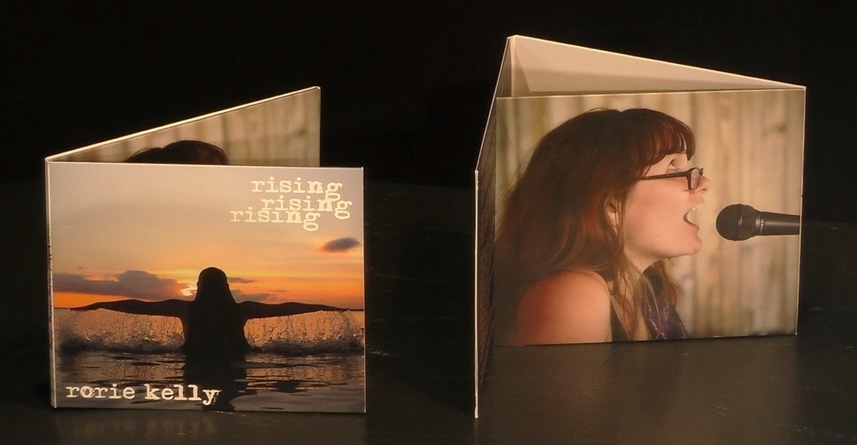 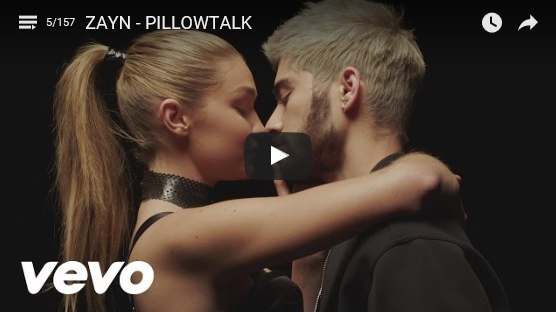