It’s been almost exactly four months to the day since this picture was taken on the set of Alive with Clive on January 26, 2018, with Nina Lee, her dad, Andy Lee, and her maternal grandfather, Stephen Schnabel: 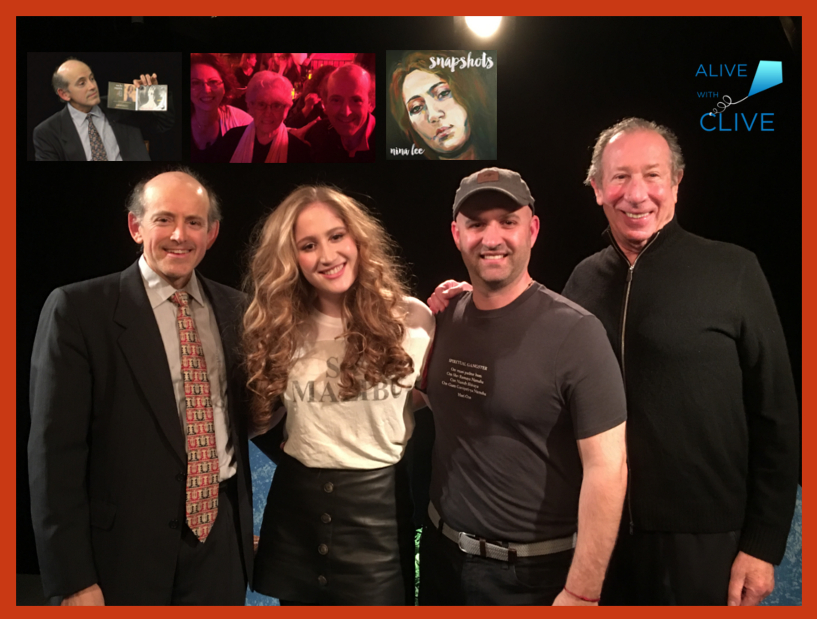 In a whirlwind of performances since then, Nina has been seen enchanting adoring fans in shows with her dad and her band at Rockwood Music Hall, Stage 1; The Bitter End; Arlene’s Grocery; opening for Jessie Chris at the RWJBarnabas Health Arena in Toms River, New Jersey; Rockwood Music Hall, Stage 3; at the Montauk Music Festival; and at the iHeart Radio Dunkin’ Donuts Iced Coffee Lounge. In the midst of all her performances, she also found time to write her newest song, “Freedom,” prompted by the Parkland, Florida, school shooting.

In “Airborne,” one of the songs on her debut EP, Snapshots, Nina pays tribute to her deceased great grandfather, Andrew, who fought as a paratrooper on D-Day in World War II, and to her great grandmother, Mary, seen (inset) in the picture above taken (without a flash, unfortunately) with Andy’s mom at Rockwood Music Hall, Stage 3, after Nina’s recent show there, and in the picture on her wedding day in the CD cover for Snapshots.

On this Memorial Day, to express your gratitude to Nina’s late great grandfather, her great grandmother, and to all who’ve fought and made sacrifices so that we can live the lives we enjoy today, listen to “Airborne” by Nina Lee on Spotify or iTunes, in a moving video with lyrics on YouTube, or in person on Alive with Clive.

Here’s a snippet of Nina from her 2nd of 2 Shows on Alive with Clive singing “Airborne” accompanied by Andy:

And here’s the YouTube lyric video with historical photos and video footage for “Airborne”:

For the link to the 2nd of 2 shows in which Nina performed “Airborne” with Andy on Alive with Clive in the Blog post about her, click here. 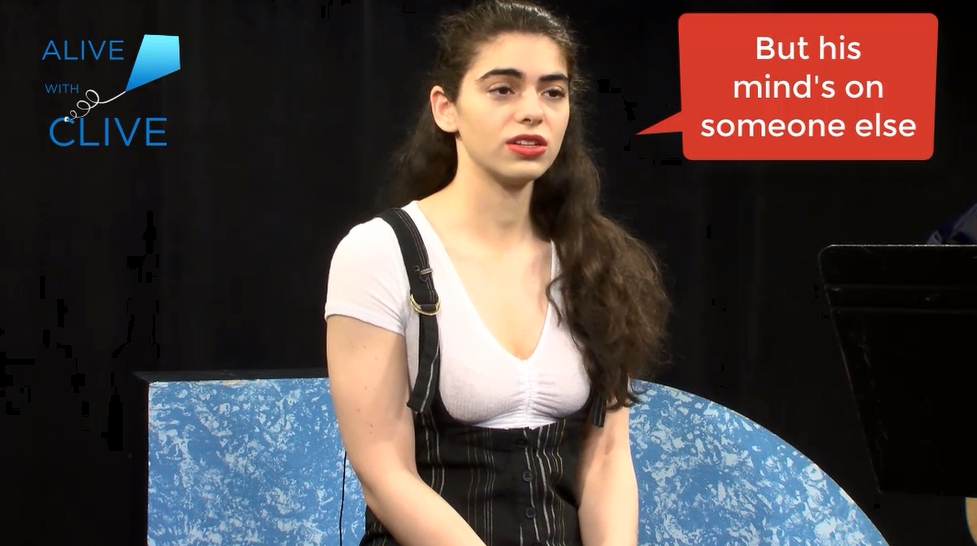