I’m delighted and excited to announce that beginning today I am making it possible for charities to raise funds in a new fun way!

With the launch of The Alive with Clive Win-Win-Win Charity Sponsorship Program, charities will receive funds from corporate sponsors after supporters of charities enter Alive with Clive Contests to win prizes and vote for the charity they support.

Additional information about this innovative new program, which gives charities and corporate sponsors an opportunity to gain massive amounts of free exposure, is in the Press Release I published today.  To see the Press Release, click here.

This new Charity Sponsorship Program will run in conjunction with The Alive with Clive Contests.

In giving further thought to the design of The 1st Alive with Clive Quest for the Best Song Contest, I’m going to be making the following modifications to the original plan:

1.    Instead of making cash awards to only the top three charities that generate the most entries and votes in The 1st Contest, now for the first 1,000 entries that are accompanied by votes for charities, Alive with Clive will give charities $10 for each entry accompanied by a vote for the charity.

2.    For entries accompanied by votes for charities after the first 1,000, Sponsors will be invited to make the contributions of $10 per entry accompanied by a vote for a charity.

3.    While every effort is being made to have The 1st Contest begin on January 30, 2014, as originally announced, it may have to start later if all the Sponsors and Prizes are not in place by then.

Charities that partner with corporate sponsors now to receive $10 or more per entry in The Current Alive with Clive Quarterly Contest accompanied by a vote for the charity will be among the charities eligible to be included on the List of 20 Charities for The 1st Alive with Clive Quest for the Best Song Contest.

To see the Press Release with additional information about this innovative new Alive with Clive Charity Sponsorship Program, click here.

Stay tuned for more news about this exciting Program and The Alive with Clive Contests!

https://alivewithclive.tv – multiplying magnificence one guest at a time! 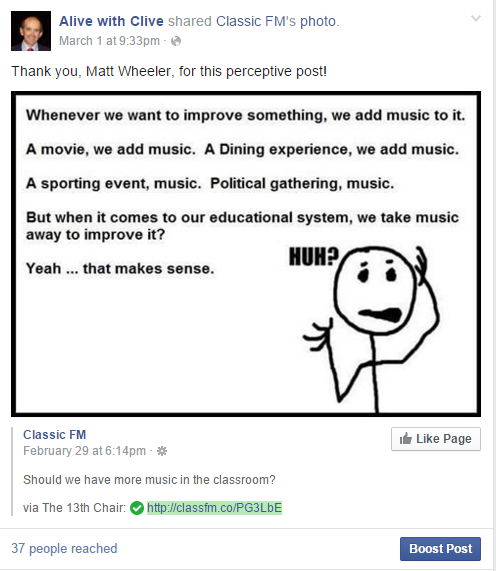