Home
|
YouTube
|
“Back to the Middle” by Marta Pacek 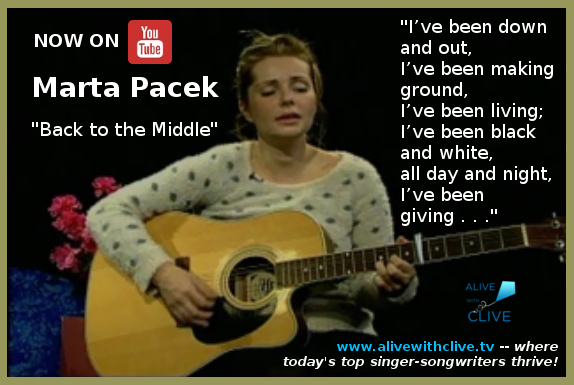 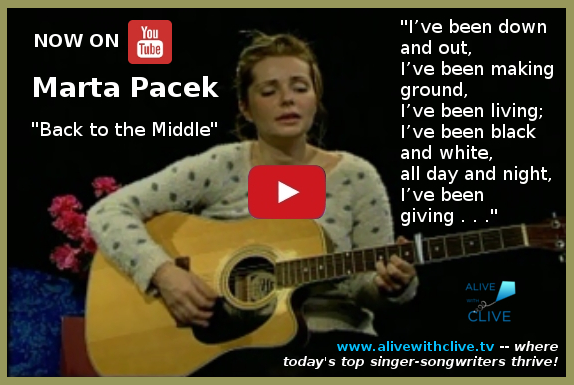 Back in December of 2012, when Marta Pacek introduced her song, “Back to the Middle,” on Alive with Clive, she said it was about the sacrifices, like traveling and being away from home, a musician has to make to pursue her career — sacrifices that prevent a musician from doing things that others do, like settling down, buying a house and having children.

Given her impressive credentials as a singer-songwriter, it’s not much of a stretch to have empathy for that sentiment — after all, as noted in the bio on her bandcamp page, this alt-folk songstress has won international awards, secured worldwide TV and film placements, toured the world, has two full-length albums released to date (Rebel Baby in May, 2012, and Voodoo Dolls and False Alarms in April, 2014), and has appeared with an orchestra in Italy — making her a true international troubadour.

From a glance at her Fan Page on Facebook, though, the good news is that she nevertheless found a way to give birth to a beautiful baby daughter, Preppin, in May this year, and has begun to take baby steps to set up her Treehouse Studio.

With a combination of a sultry captivating voice, thoughtfully-poetic lyrics, and engaging melodies, Marta is sure to leave you eager to become immersed in her songs as soon as possible.

To enjoy “Back to the Middle” now, click here or on the image above.

Here are links to the first two songs she performed during her show on Alive with Clive in December of 2012: 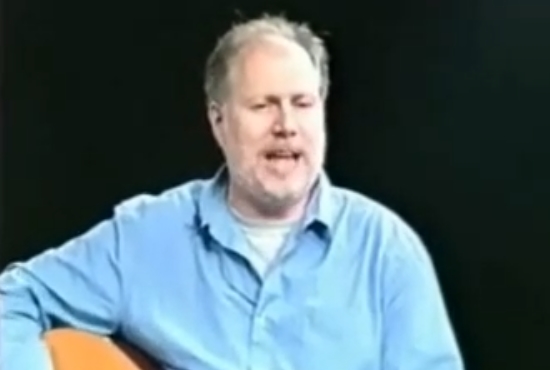 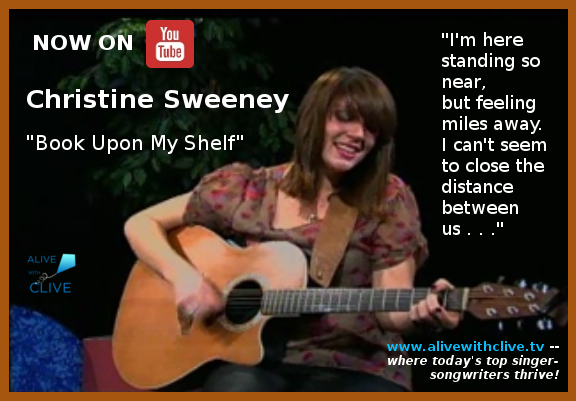