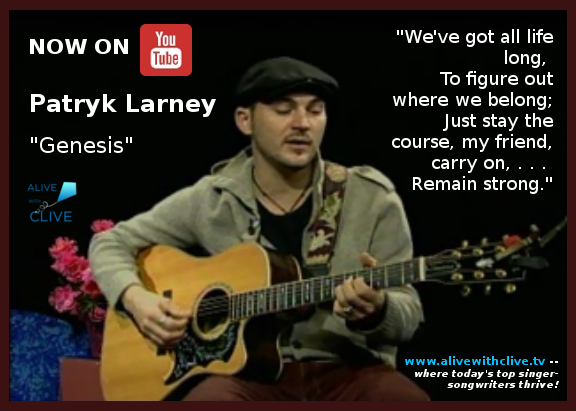 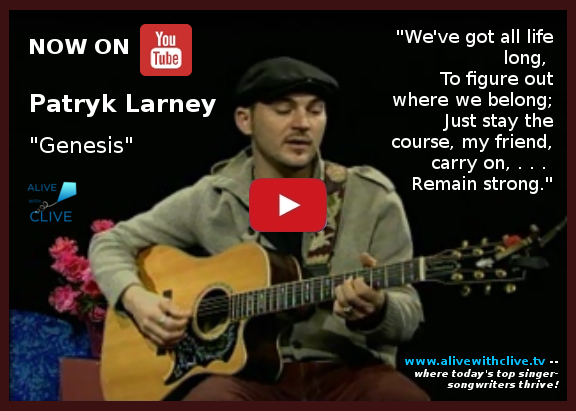 It was 2 a.m. in New York City, and Patryk Larney was on his way home after a gig when a distraught woman who was sobbing uncontrollaby sat down across from him on the subway car he had been occupying on his own.

Soon thereafter, Patryk found himself uttering a string of words to the woman to console her.

So surprised was he by the sentiment he had expressed that he decided to memorialize the sentence in a song he calls “Genesis,” which he performed when he was on Alive with Clive in December of 2012.

Since his appearance on Alive with Clive four years ago, Patryk has deployed his considerable set of skills and acumen to form Hope Tree Entertainment, a company based in Nashville that represents talented singer-songwriters to enable them to flourish.

A brief look at the Web site for Hope Tree Entertainment will reveal that it is flourishing too — with several blossoming artists benefiting from the guidance, nurturing and support provided by Patryk and his team.

Patryk is also the founder of Buffstock, a music festival that has been held on a farm in the mountains of New Jersey in the summer every year for the past 11 years.

To see Patryk perform “Genesis” on Alive with Clive, click here or on the image above.

Here are links to the first two of four songs Patryk performed when he was on Alive with Clive: 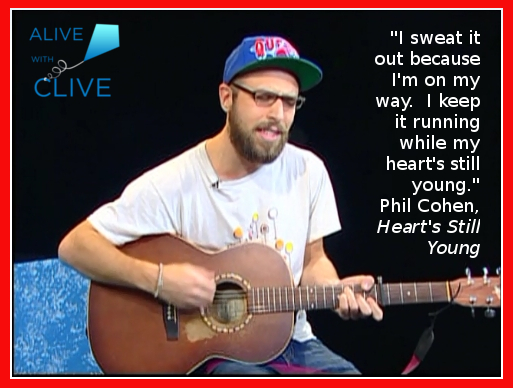 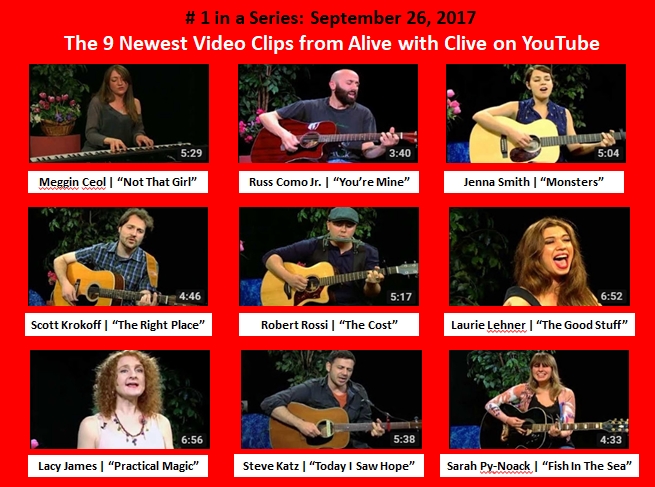