Role and Mission of Alive with Clive

Alive with Clive can be described as “Oprah meets Inside the Actors Studio with James Lipton — for singer-songwriters who perform their own original songs!”

Like American Idol, The X Factor and The Voice, Alive with Clive gives music fans a chance to discover, connect with and be inspired by the most talented emerging and established singer-songwriters in the world.

It also gives the singer-songwriters who are featured on the show the exposure and credibility necessary to be noticed and hired by those who book guests for shows at different venues for live music and music festivals, and it enables the featured singer-songwriters to develop a stronger connection with their fans.

Four Components of The Mission

One mission of Alive with Clive is to enable companies, charities, colleges, associations, radio stations and singer-songwriters to benefit from the synergies that are created when they are connected to and interact with each other.

A second mission is to inspire young children, teenagers and adults to develop their skills as musicians and have their self-expression through music be recognized, appreciated and acknowledged.

Since it’s been proven that the study of music leads to the achievement of better grades in school, a third mission of Alive with Clive is therefore indirectly to help boost performance in schools, enhance children’s self-esteem, and uplift communities.

Although Alive with Clive exists to shine the spotlight on today’s top singer-songwriters, its principal mission now is to serve as a vehicle for Sponsors to achieve exponential growth in their return on investment of sponsorship dollars — primarily by targeting custom audiences they want to reach — through advertising on Facebook with laser-like precision!

Alive with Clive has been in existence since the Fall of 2004, and more than 450 shows have been recorded to date.

In the beginning, when the show was known as Alive with Clive — Turning Your Passion Into Profit! a wide array of guests with different interests and passions were interviewed on the show.

In 2007, the focus of the show shifted to featuring singer-songwriters, and for several years the show was known as Alive with Clive — The TV Show That Inspires You To Multiply Your Magnificence!

Clive Swersky, Host and Producer of Alive with Clive, is a former tax lawyer who graduated at the top of his class in law school.  He has been a financial advisor and a stock and options trader.  Above all, he has been and continues to be a voracious student of marketing and is committed to achieving optimization — the best possible outcome with the lowest amount of resources in the shortest possible time — for all who interact with him so that they realize their dreams and experience optimum fulfillment in life! 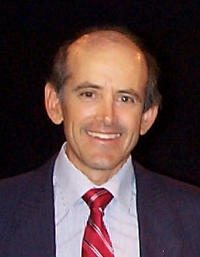 Clive Swersky, Host and Producer of Alive with Clive

Logistical Information about Alive with Clive

Each week a new show, called This Week on Alive with Clive, is made available on this Web site through Vimeo for 6 1/2 days from Thursday at Noon until the following Wednesday at 10 p.m. Eastern.   In the same week, the show for the week is first shown in White Plains, on Channel 76 (Optimum) and Channel 45 (Verizon) in White Plains, New York, on Mondays at 8.30 p.m. and on Wednesdays at 7 p.m.  It is also broadcast in certain other areas at different times.

Each show posted on Vimeo is also accessible from the Main Window on the Home Page of this Web site for four weeks after it is featured on This Week on Alive with Clive.  Thereafter, each show is placed in the Archives and will soon be made available to Members of The Alive with Clive Global Community.

Interviews for the show are taped at the White Plains Cable Television Studio at 4 Martine Avenue, White Plains, NY  10606 at scheduled times.

The studio is three blocks away from the White Plains train station, which is 30 minutes away from Grand Central on an express train on the Harlem (blue) line.  For the train schedule, go to www.mta.info for Metro-North Railroad lines East of the Hudson.

Each show runs for half an hour, and during each show guests perform three or four songs.  A clip of one song performed on the show is posted on The Alive with Clive TV Channel on YouTube a few weeks after the show is shown in White Plains, and additional clips are posted in subsequent months.