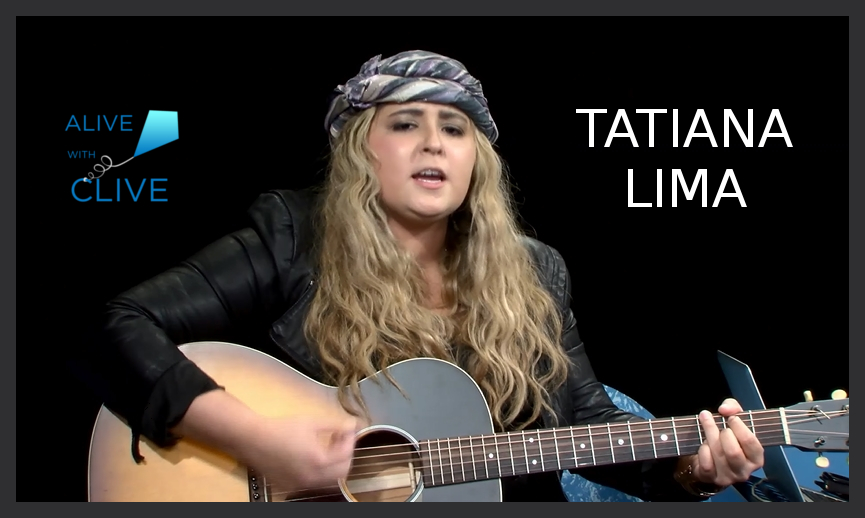 As the daughter of a father who was born in Brazil and a mother of Ukrainian descent, singer-songwriter, Tatiana Lima, has been exposed to a diverse range of customs, lifestyles, cultures and genres of music ever since her parents placed a guitar in her hands at the age of 2. 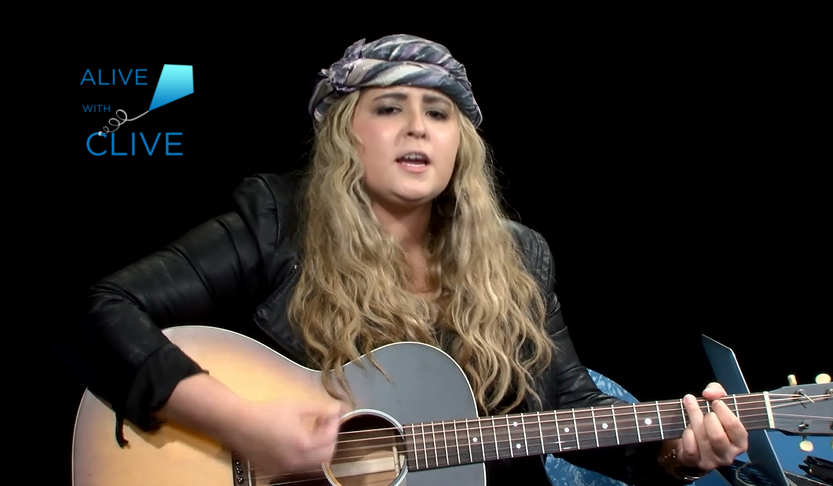 Now, as a result, with coaching from two-time Tony-Nominee Broadway Star and Performer, Vivian Reed, her songs reflect a diverse range of genres from rock to pop, fused with classical, folk, jazz, bossa nova and blues influences.

And it is her ability to write and perform songs that cover this broad range of genres that makes her the outstanding unique and dynamic singer-songwriter she has become. 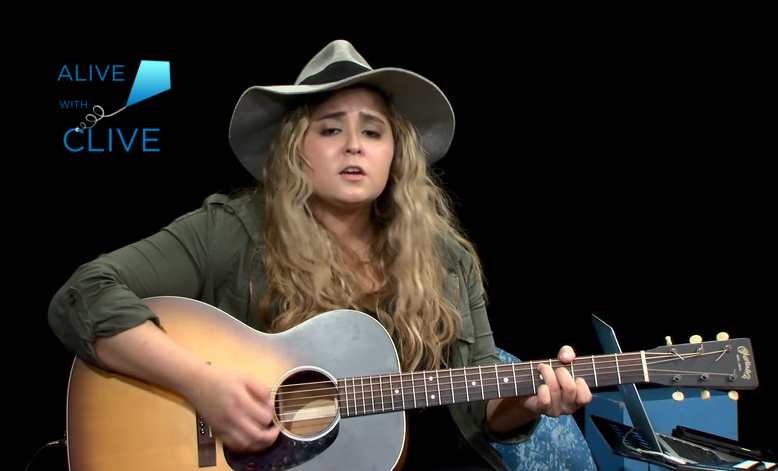 Her talent has not gone unnoticed, in that she’s:

In two recent shows on Alive with Clive, sporting one of her trademark turbans in the 1st Show and an adorable floppy felt fedora in the 2nd Show, accompanied by music producer, Gary Coach, Tatiana performed these seven songs:

Taking listeners on a journey through different phases of and emotions induced by relationships with friends, as well as potential and former lovers:

In the 1st Show, “Eu Quero Voce” is about wanting to be with someone in particular; “Just Leave Me” is a reaction to the discovery of infidelity; “Forever” is a lament that a relationship that has ended; and “Not Your Type” is about resolving to stay the way you are and not change who you are to please someone else.

And in the 2nd Show, she performed “I’m Tired,” a song for when you realize you don’t want to be in a relationship that isn’t working anymore; “Better Off Without You,” for when you feel empowered after you’ve ended a relationship; and “The Snow,” in which feelings of loneliness in the midst of a snowy winter in New York City are tinged with both fond and upsetting memories of a relationship that was short-lived. 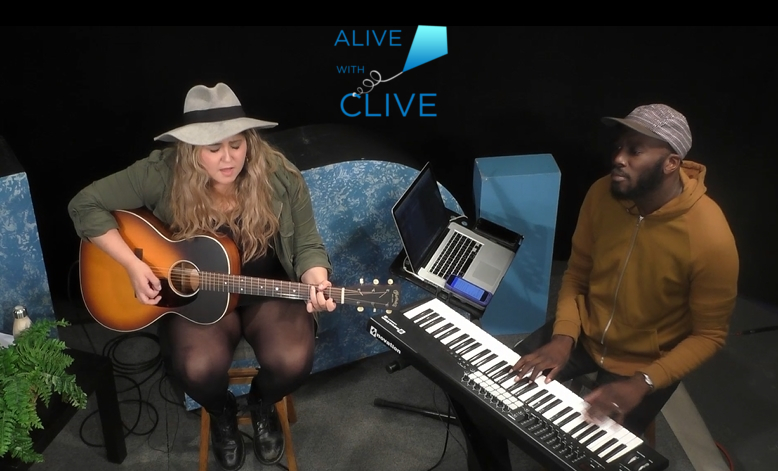 Whether you’re a lover of rock, pop, folk, jazz, blues, bossa nova or soul, you’re sure to enjoy getting to discover, connect with and be inspired by Tatiana Lima in her 1st Show and 2nd Show on Alive with Clive!