Home
|
Archives
|
On Alive with Clive: Meet All Types of Kinds – By Far One of the Most Exciting, Invigorating and Mesmerizing Bands to Have Emerged in This Millennium So Far 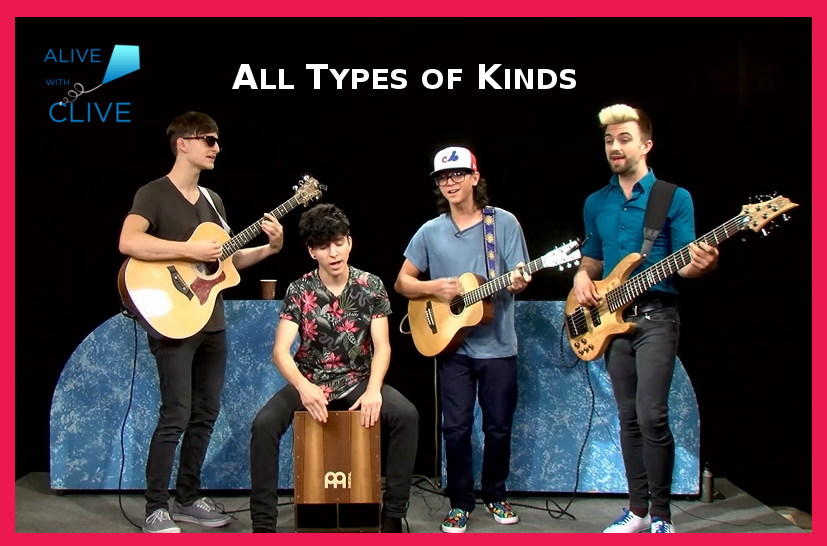 The spark for its creation in its first iteration was ignited at Lucky Jack’s on the Lower East Side in New York City a few years ago.

It was there that Ray Rubio first saw Billy Conahan perform, and as soon as he did he knew immediately that he wanted to collaborate with Billy.

Then, after a few shows with drummer, Berk O, Ray and Berk began to perform with Billy and started the band that is now known as All Types of Kinds.

They were subsequently joined by bass player, Rocco Stroker.

Now, with songs on Spotify, including an EP with four songs – Love Songs (Or Songs for Your Ex) – as well as “Colorblind” and “Game of Telephone,” and more songs on the way, this extraordinary band has steadily been building a following that is about to grow exponentially!

With four passionate, charismatic, fun-loving, witty and street-smart singer-songwriters from New York City and Connecticut, All Types of Kinds, as its name implies, is an alternative rock-hiphop-pop-folk-blues-jazz band. 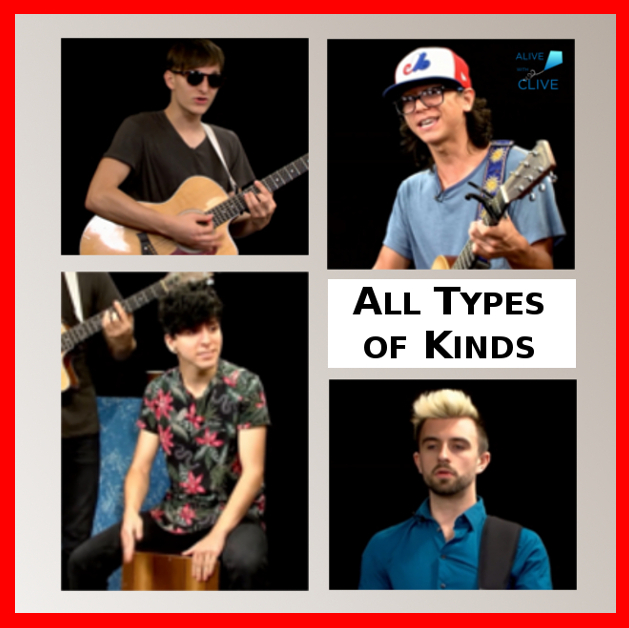 Rather than adapt to music industry influences to achieve rapid mainstream success, the members of the band have resolved to remain in the driver’s seat to control the music they create, so as to remain true to their core essence, and are doing whatever they can to share their songs with music lovers all over the world. Thus, . . .

If you’re the kind of music fan who likes to have a frame of reference for the sound of a band before you listen to its songs or go to see it perform at a music festival, imagine the sound you’d hear if Train, Sting, Imagine Dragons and Eminem decided to form a band and create songs together.

In the two shows featuring All Types of Kinds on Alive with Clive, the first and third songs the band performed are on its EP, Love Songs, and of the remaining six only “Colorblind” is also currently available on Spotify.

Here are the lists of the songs All Types of Kinds performed in the band’s two shows on Alive with Clive: 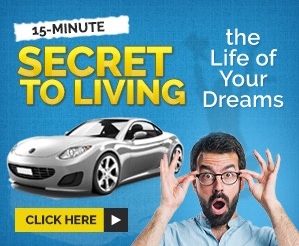 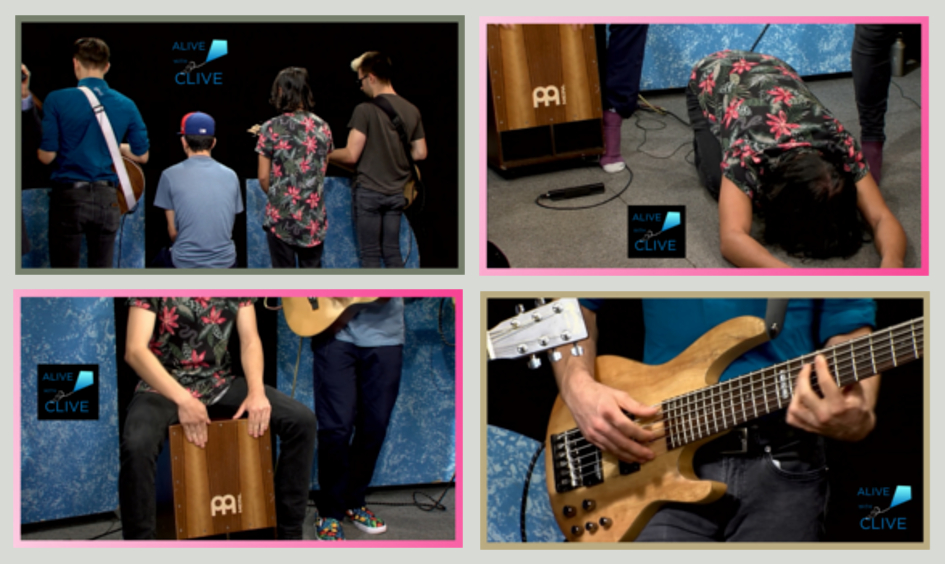 After you see the 1st Show and the 2nd Show featuring All Types of Kinds on Alive with Clive, this band will most definitely leave you gasping in awe – and may even cause you to levitate, if not physically, then at least emotionally!

You’ll want to see All Types of Kinds live at one of its upcoming shows as soon as possible.

In the meantime, though, don’t waste any time and don’t wait any longer to see All Types of Kinds on Alive with Clive now! 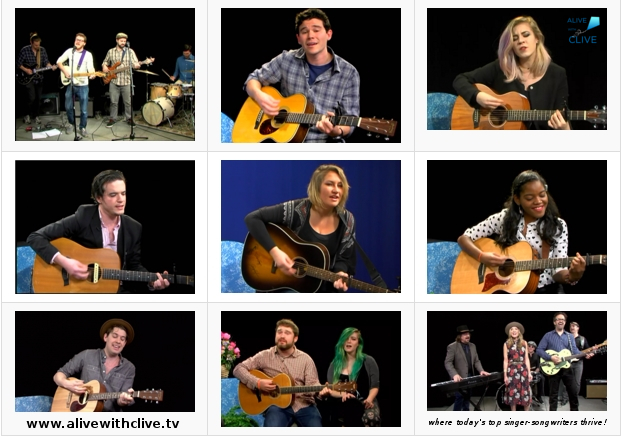 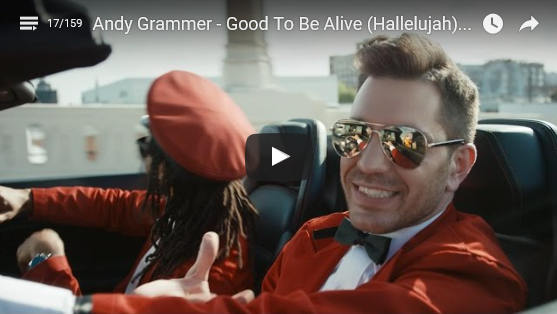