Home
|
News
|
On Alive with Clive: Meet Noah Evan Wilson, an Inspiring Singer-Songwriter Who Kicks Down the Walls of His Comfort Zone to Explore and Flourish in the Realm of the Unknown! 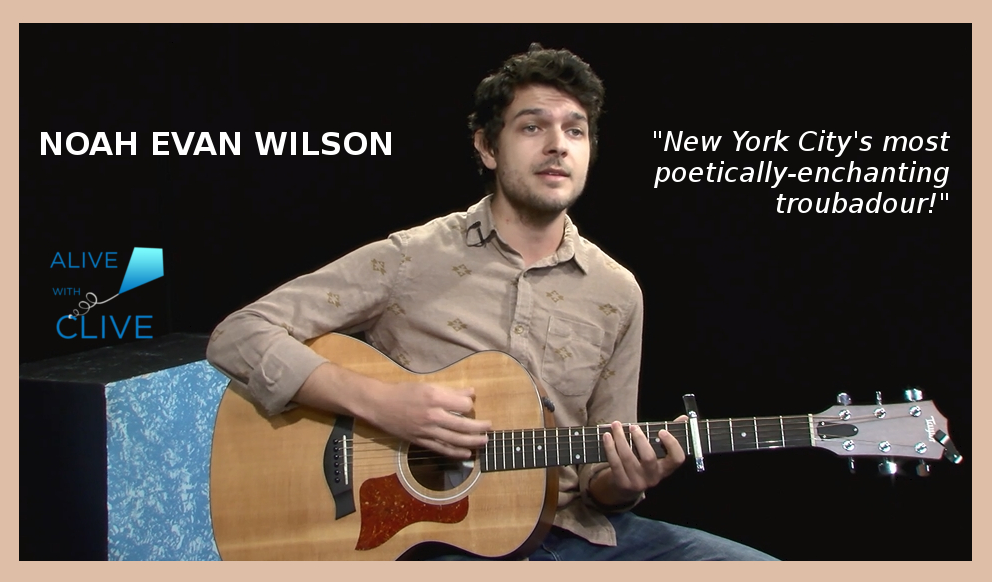 On the spectrum of those who demand certainty and predictability in their lives, on the left, to those who are willing, curious, creative and courageous enough to dwell in the uncertainty and unpredictability of stepping into unknown territory, on the right, you will have no hesitation in placing singer-songwriter, Noah Evan Wilson, on the edge of the right-hand side.

Noah is continuing to develop his capacity to explore the unknown with his recent move to New York City from Denver, Colorado, and has now begun to make his mark on the New York City music scene. 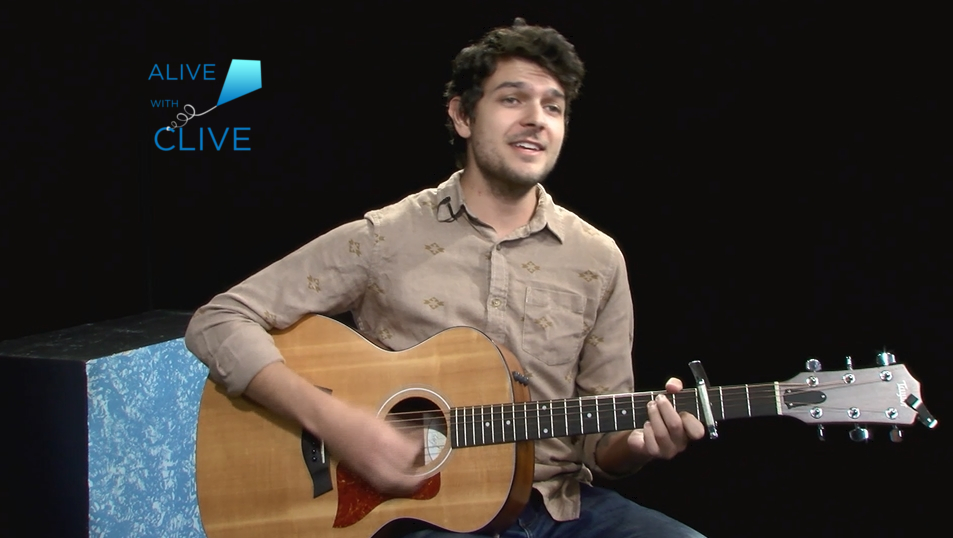 As you will soon discover from his two recent shows on Alive with Clive, Noah is willing to break free of the shackles of conformity not just in the way he lives his life, but in the way he writes his songs, which are richly-infused with poetically-captivating lyrics that induce listeners to awaken their imagination to contemplate a broad range of possible interpretations.

Noah discovered his love for music and theater at an early age, and started to play the guitar when he was 12.

As a teenager he participated in theater at school.

Then, when he was 17, he decided to “dig deep, … learned to read music … become a little more than a campfire strummer and ultimately pursue [music] as a career.”

Throughout the years he’s learned to play bass guitar, lap steel, banjo and the piano.

Now he performs in a band called Origami Crane and also as soloist, Noah Evan Wilson. 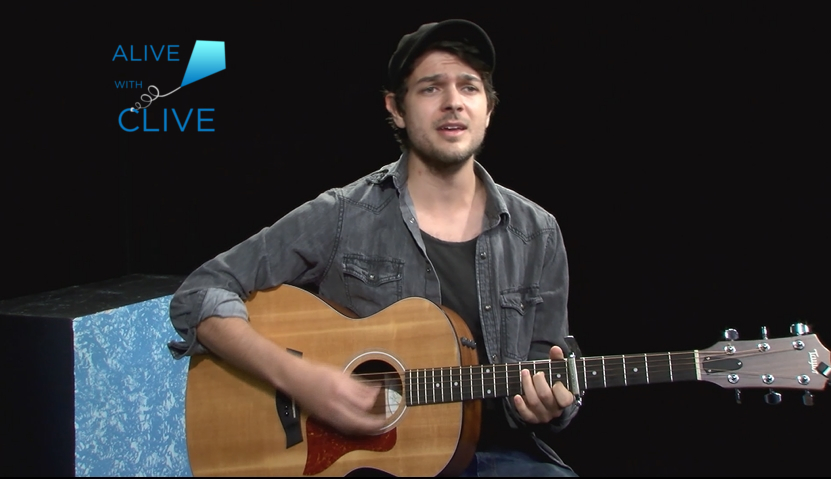 In his two recent shows on Alive with Clive, Noah performed these eight songs, as follows:

In the 1st Show, “Abandoned Apartment” is about noticing a pattern of experiencing relationships that are hollow and lack substance; “Ambient Intimacy” is about the distinct form of intimacy that arises when people connect and interact with each other through the medium of technology; in “Brooklyn” Noah shares characteristics about living in Brooklyn; and “Lost in Seoul,” the single Noah recently released on all major music distribution channels, was inspired by his recent experience in Seoul, South Korea.

In the 2nd Show, prior relationships provide the inspiration for “Hold Out Thirst,” “Rewrites” and “The Quiet NYC,” and “A Quiet Man” is a song about finding the courage to kick down the walls standing in the way of moving your life in a direction with which you are aligned. 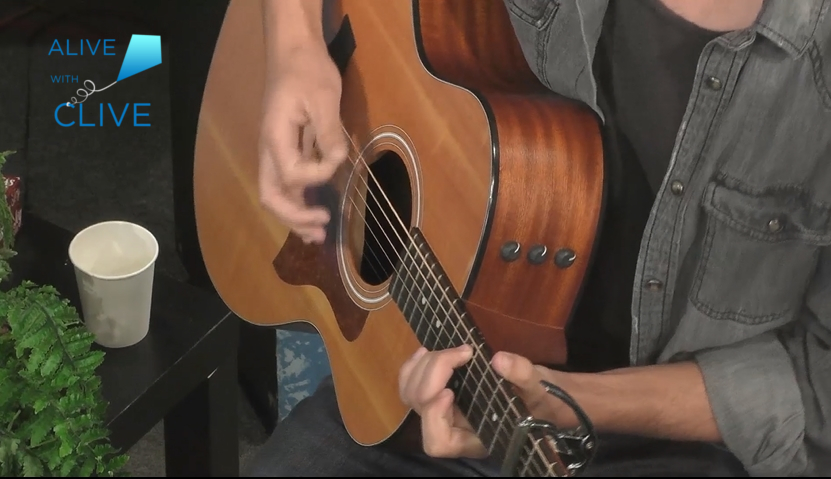 Before Noah made the move to Brooklyn this past summer, he had this to say: “The truth of the matter…, to be completely honest, I’m just looking for a change of pace, a change of scenery, a new adventure, new inspiration, I have no idea what’s going to happen or how my goals are going to change…. I’m really excited for the unknown, as scary as the unknown is, it’s also quite fun.”

Now that Noah has been in New York City for the past few months, after you see his 1st Show and 2nd Show on Alive with Clive you’ll most definitely agree it sure is fun to see all that he is creating – after stepping into the unknown – with his energy, creativity and uplifting spirit.

And, you have the opportunity to see him perform at his debut live show at Pete’s Candy Store, 709 Lorimer Street, Brooklyn, NY 11211 (Take the L Train to Lorimer Street, or the G Train to Metropolitan Ave) on Tuesday, December 5, at 9.30 p.m. 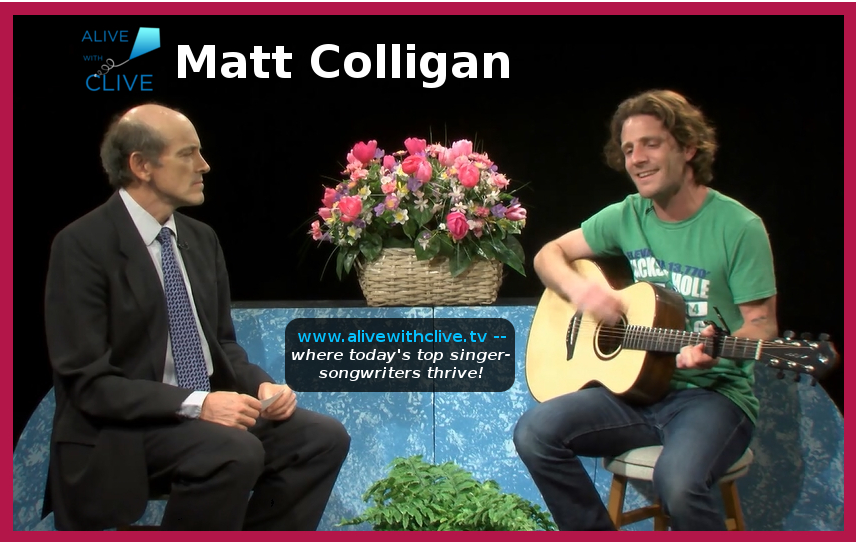