Home
|
News
|
On Alive with Clive, Inspiring Singer-Songwriter, Nico Padden, Makes Her Mark with “Invisible War,” “Go” and Six Stirring Songs from Her CD, A Light in the Dark! 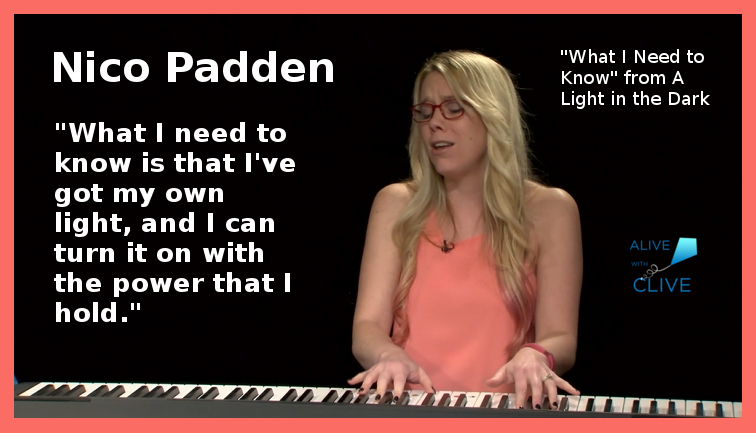 What you need to know about Nico Padden is that she is one captivating singer-songwriter who is destined to inspire you with her self-expression, power, talent and grace! 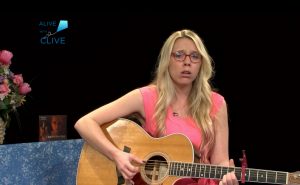 A native of Long Island, NY, and the daughter of parents who play in an Irish folk band, Nico released her debut acoustic EP, Waterbird, in 2013, and her second record, A Light in the Dark, in December 2016.

With songs and a voice that are sure to remind you of Alanis Morissette, Brandi Carlile and Ingrid Michaelson, Nico has performed everywhere from concert halls to farmers markets, living rooms to dive bars, backyards to street corners, coffeehouses to fancy restaurants, and everywhere in between. 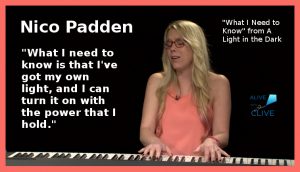 She’s a regular street performer in her current home of Queens, New York, and has won over many crowds of strangers with her impish grin, frank entertaining banter, and cathartic sound.

In two recent appearances on Alive with Clive, Nico performed these songs:

“Invisible War,” a moving song about drug addiction, is from Waterbird and “Go” is one of Nico’s newest songs she performs with a loop machine that is destined to be a favorite, along with “What I Need to Know” from A Light in the Dark, for anyone with a playlist of Inspiring Songs. 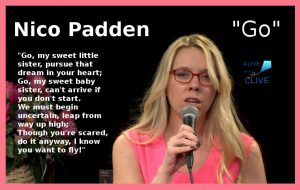 While “Thank You” is a song about gratitude for finding your voice, “Hunger” is an unabashed expression of how another person’s verbal jab can be a powerful motivator, and “Do You Know” is about realizing that ultimately we have the power within us to recover from, deflect and rise above negativity from others. 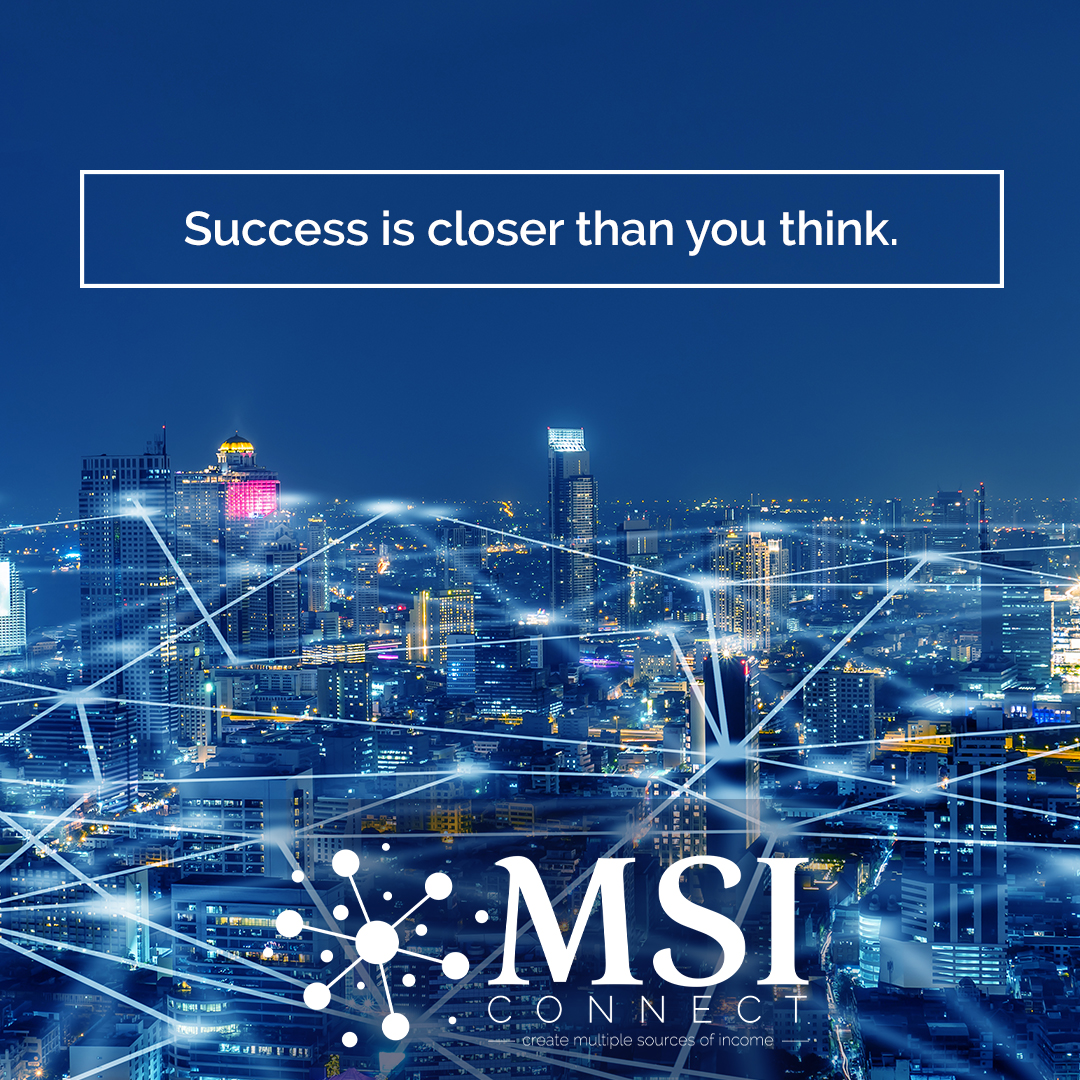 In “Turnpike Diner” Nico sings about how life has turned out for people she has known for many years, and “2AM” is a song about self-reflection.

After you see these two shows on Alive with Clive, you’ll be sure to agree that Nico Padden is most definitely making her mark with “Invisible War,” “Go” and her songs from A Light in the Dark!