Home
|
Guests
|
On Alive with Clive: Spiritually-Uplifting Singer-Songwriter, Carolee Rainey, Emerges from Solitude to Feel Fearless and Share Her Soulfully-Stirring Songs with the World! 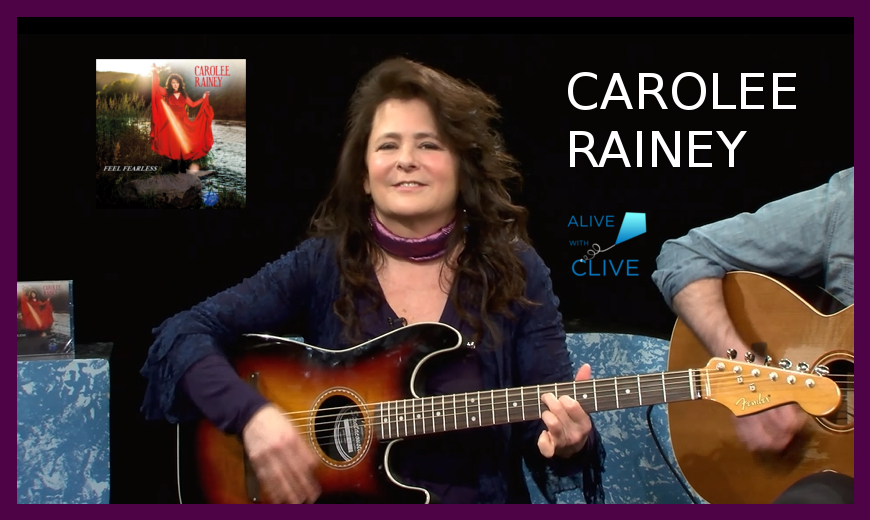 The tide goes out and the tide comes in.

And now, like a beautiful flower that is blooming in the spring, a singer-songwriter who had until recently been immersed in a different art form for a long time has re-emerged.

That singer-songwriter is Carolee Rainey – and her re-emergence incorporates a new outlook, a deeper perspective, and a passionate yearning to share her new songs with the world!

“Long ago in an earlier lifetime of performing,” she mentions on her Web site, “I did a lot of busking, playing bars, hotels and cruise ships. There were publishing deals, almost record deals, voice overs in movies and a job as A&R for Atlantic Nashville out of LA. It was a wild and rambling time.”

Then, she withdrew from the music world to immerse herself in painting and photography for an extended period – until her passion to write songs and perform was once again re-ignited during a Rickie Lee Jones concert.

Carolee soon found herself engaged in writing dozens of songs to select six for her debut EP, Feel Fearless, and her subsequent record, to be released within the next 18 months. 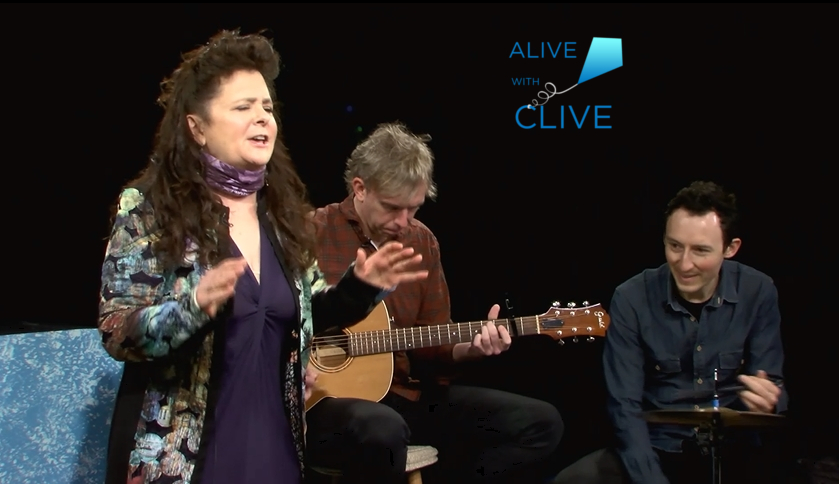 In two shows on Alive with Clive, accompanied by guitarist and keyboard player, Thad DeBrock (the guitarist on Feel Fearless), and percussionist, Spencer Cohen, Carolee performed these six songs, four of which are on Feel Fearless: 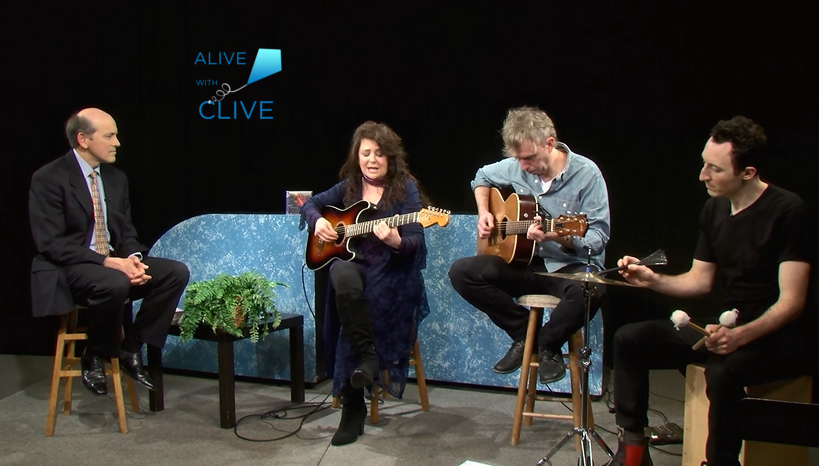 After you watch the 1st Show and 2nd Show featuring Carolee Rainey accompanied by Thad DeBrock and Spencer Cohen on Alive with Clive, you’re bound to not only feel a close spiritual connection to Carolee and all she is creating with her music, but also be enthused and inspired to unleash and express passions that have been lying dormant within you.

So, click the links see her two shows on Alive with Clive as soon as possible!