Since it’s release on May 25, 2018, “Flying Blind,” the debut single from Danny Fishman, has been flying! 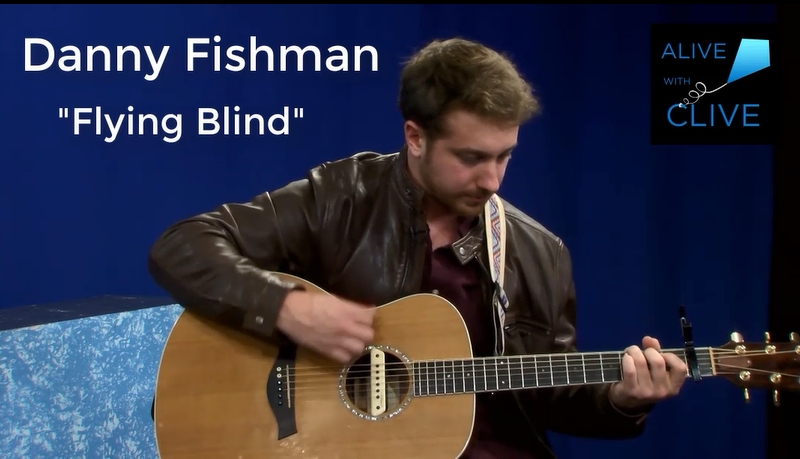 Within two weeks of its release on May 25, it had already notched up more than 12,750 streams on Spotify, as noted in the post from Alive with Clive accompanying this image on Facebook and Instagram on June 8: 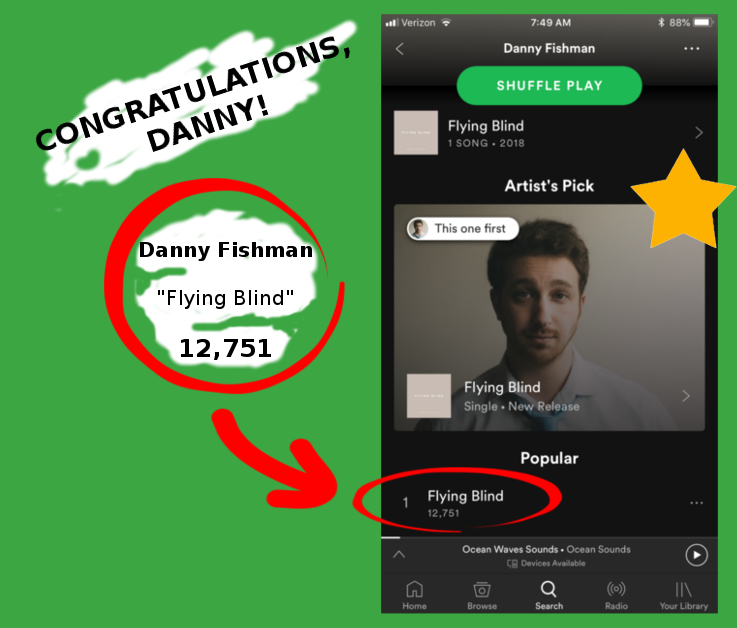 Then as reported by Danny in an email to his fans:

“[On June 8], Spotify picked up Flying Blind and put it on Release Radar, one of Spotify’s most popular and widely-distributed playlists. In one day of being on that playlist, the song was played 3,500 times by a wide variety of people from literally all over the world.”

To celebrate this remarkable accomplishment, here’s the snippet of Danny performing “Flying Blind” on Alive with Clive:

Danny performed “Flying Blind” in his 2nd of 2 shows on Alive with Clive.

You’ll find the links to both shows in the Blog post about Danny when you click here.

To listen to “Flying Blind” on Spotify, click here.

And be on the lookout for Danny’s next single, “Train Song,” which he performed in his 1st of 2 Shows on Alive with Clive. It’s being released on Spotify and other streaming platforms on Friday, June 15.

To develop the mindset and thought processes necessary to achieve your dreams, click here.